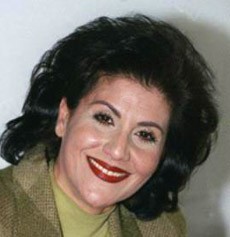 Samira Baroudi is a famous Lebanese actress and the head of the Lebanese Artists Association.

Starting 2004, Samira took role in many television series including Layel El Srar, a series with big Lebanese and syrian actors.

Help us improve this page:   Correct or update the Samira Baroudi page