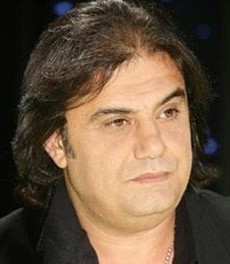 Most of Nancy Ajram successful songs such as Yay Sehr Oyoono (His Magic Eyes) were composed by Samir Sfeir.

Samir Sfeir composed many of the Lebanese songs of the 90s and the 2000. He has a big archive of great successful song.

Samir Sfeir was also behind most of the successful songs of singer Bassima. Samir Sfeir worked with many famous songwriters such as Nizar Francis, the duo created everlasting songs.

Samir Sfeir has problems with many other artists and celebrities including Melhem Barakat.

Simon Asmar also got his share, as Samir described him as nothing but an employee of Lebanese Broadcasting Corporation - LBC that should be thanking celebrities for making the channel famous. He also questioned his legacy of 'Discoverer of the Stars' refusing Simon's claim that he discovered Wael Kfoury.

Help us improve this page:   Correct or update the Samir Sfeir page