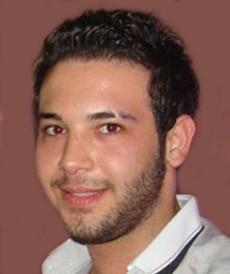 Sami Shamsi was born on the 15th of November in the city of Aleppo Syria. Sami holds a bachelors degree in business administration from the Ebla University. He later moved to Lebanon to study at the art institute in Beirut.

In Lebanon, Sami met the famous Music Maestro Nehad Najjar. Nehad believed in the talent of Sami and helped him release his first single entitled Mafi Ahla, the lyrics of the song were written by Safoh Shaghaleh.

In 2011, Sami Shamsi took part and was the winner of Ghani Ma3 Ghassan, a TV Talent Show which aired on Al Jadeed TV.

The announcement of Sami as a winner created a big fight in the Studio! The family of competitive contestant Asaad Jaafar became very furious when their son lost, and attacked Ghassan Rahbani and the Producers of the Show. The Lebanese military forces arrived at the scene to stop the fighting and escorted Ghassan safely back to his home.

Help us improve this page:   Correct or update the Sami Shamsi page