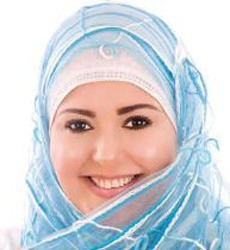 Sabrine also known as Sabrin or Sabreen is a famous Egyptian actress, mostly known for her role in the TV series Umm Kulthum.

Sabrine has roots to the Akef family mostly knnown for circus games, Sabrine is the daughter of the sister of Naima Akef.

Sabrine started acting, acrobatics and belly-dancing since she was a child.

She got a Bachelor of Arts from the Department of Philosophy, and worked in television and made many of the series.

After the success of her television series Um Kulthum which played during the month of Ramadan 2000, Sabrine decided to wear the Hijab and retire.

However in the end of year 2009, Sabrine decided to come back to acting with a television series entitled "Al Umda Hanem".

In the mid years of 2000, the court in Old Egypt has declared prominent resigned actress Sabrine innocent of embezzlement from the Cairo Saudi Bank. The court also found the actress innocent of fraud.

Few years back, The court in Egypt accused a bank employee of fraud and ordered him to undergo a handwriting exam to verify that he was the one who wrote the check in Sabrine's name. The bank had discovered that a check for 219 thousand Egyptian pounds was written in Sabrine's name to be taken from her account.

It was also revealed that the bank employee had conspired with Sabrine's ex-husband to steal her money.

Help us improve this page:   Correct or update the Sabrine page