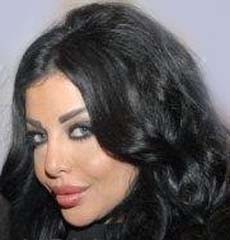 Rosy Daou is a Sexy Lebanese model who looks like Haifa Wehbe.

Rosy Daou works as a model and beautician. She is often seen in magazines at social gatherings in Beirut or at events in other Arab countries.

Rosy Daou is said to have undergone a few plastic surgeries on her face, which made her a Haifa look-a-like. Rosy ranked 13th in Top 100 Sexiest Arab Women 2010.

Another famous singer that is often compared to Haifa is Amar singer.

Help us improve this page:   Correct or update the Rosy Daou page