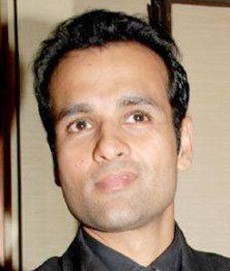 Rohit Roy roles include those from Des Mein Niklla Hoga Chand and Swabhimaan.

“RICE PLATE” as one of the Director in “Dus Kahaniyan”. The cast includes Shabana Azmi and Naseeruddin Shah.

He was also the Host for the TV Show Jhalak Dikhhla Jaa.

Help us improve this page:   Correct or update the Rohit Roy page