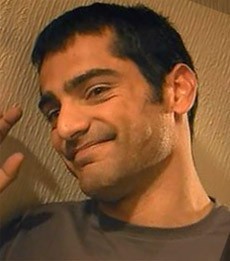 Rodney Haddad is a film, theater, and television actor, He is also a writer and a director.

Haddad took role in many Plays in Lebanon, Italy and France.

In the year 2000, Rodney received a degree in Dramatic Arts from the Lebanese University.

In 2000, Rodney received the Qamar d'Or award for his amazing performance in the short movie Une musique sur la lune.

Moreover, he has authored a number of scripts and two plays which he wrote and directed.

In Television he took role in the TV series Sajina which aired on LBC.

His name is sometimes written as Rodney El Haddad, the link to this name has a full biography page about the artist.

Help us improve this page:   Correct or update the Rodney Haddad page