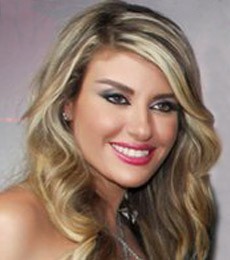 Rita G. Harb began her career as a model, and starred in a few Arabic video clips. She then became a TV host mostly on Orbit. She is especially known for co-hosting Oyoon Beirut on Al Yom TV Channel along with Grace Baaklini, Raghida Chalhoub and Liliane Elia Naassy.

Rita Harb is divorced and has two little children.

Help us improve this page:   Correct or update the Rita Harb page