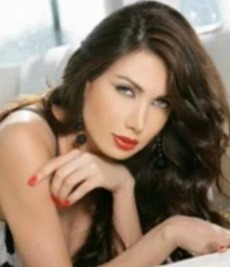 Reine Sabty is a model from Lebanon and Miss Elegance Lebanon 1998. In addition to being a great model and an eye candy for every camera, she worked in Television as well.

Reine Sabty had worked as a television presenter in Orbit TV.

Reine Sabty also took part in some of the Lebanese and Arab video clips, as her face and body added value to the final touches of the clip.

In the year 1998, Reine Sabty was crowned as Miss Elegance during the Miss Lebanon 1998 competition which was won that year by Clemence Achkar.

Help us improve this page:   Correct or update the Reine Sabty page