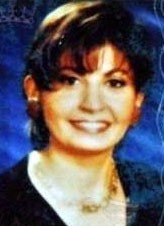 Rana Koleilat was born in 1967, Rana was accused of playing a key role in a bank and money fraud so big it collapsed Al Madina Bank. Rana Koleilat kept living the high life even behind bars in Lebanon. She reportedly repainted her jail-cell and ordered takeout food before skipping her bail and fleeing out of Lebanon to Brazil.

Rana Koleilat connection with the private bank of Al Madina was circled with controversy. Rana worked with the Madina Bank for 12 years. Rana started her career as a clerk and soon moved to an executive making top decisions.

Soon after Rana Kolailat became the center of the scandal shortly after it broke at Al Madina in July 2003. After detecting a cash deficit of more than $300 million, the Central Bank stepped in and took control of Al Madina Bank.

A suit by the owners of the bank accused Rana Kolailat of issuing a bad check for $3 million and of forging bank documents with the aim of embezzling.

In no time at all Rana Kolailat became an instant Lebanese and world celebrity at the height of the banking scandal in 2003.

Rana Koleilat reportedly handed out presents of expensive cars, apartments and houses to powerful people in Lebanon and Syria.

Help us improve this page:   Correct or update the Rana Koleilat page