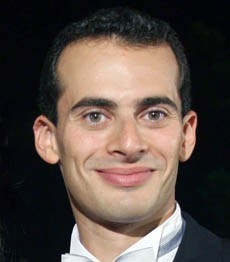 Ralph Lahoud is one of the sons of former lebanese president Emile Lahoud.

Ralph Lahoud got married to Sabine Claude Mazloum at the Presidential Palace during the summer of 2007 in lebanon.

In June of 2009 Shots were fired by the bodyguards of Ralph Lahoud, former President Emile Lahoud's younger son at the car of Druze leader Walid Jumblatt's stepson during a crowded street in Ain Mreisseh.

Help us improve this page:   Correct or update the Ralph Lahoud page