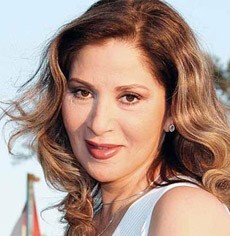 Pousy is a famous Egyptian actress. Her real name is Safinaz Qadry.

In the year 1971, Pousy was married to Nour El Sherif. The couple have two daughters. The couple divorced in the 2006.

Help us improve this page:   Correct or update the Pousy page