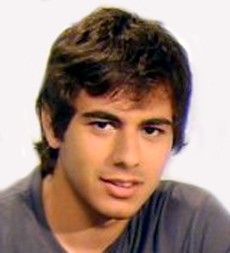 Philip Yacoub is a young Television presenter from Lebanon. He is actually half Italian and half Lebanese.

When Murr Television - MTV Lebanon reopened in April 2009, Philip took up the TV host position on @Mtv, part of the MTV ALIVE concept.

On @Mtv, many international and local stars have been on set for interviews and live performances, making it the only show of its standard to have these stars on it.( Akon, Bob Sinclair, Sisters of Mercy, Anathema, Sean Kingston, Helene Segara, Julien le Perse, Tory Bayliss, Ferry Corsten, Above and Beyond, RedNEx, Agua de Annique, Giulietta Vendetta, Chen lo and the liberation family, Ms.Dynamite..etc..)

As of Mid-September 2010, Philip transferred to Log In, the show right after @mtv on Mtv. Many segments in an application driven show, from Hitech , Did you know?, Calorie Freaks,Website , to Weirdoes, TVCommercial and Youtube videos

He also hosted "Gadget News" on arabsat promotional channel, a quick segment show about the newest hi-tech gadgets in the novelty world, spoken entirely in English.

On a more personal note, Philip is a 23 yrs old college student in Notre Dame University-Lebanon pursuing studies in the GIS field.

Huge Football and Basketball fan, he plays on a regular basis these 2 sports.
Strongly supports Juventus Fc club in Serie A.

Help us improve this page:   Correct or update the Philip Yacoub page