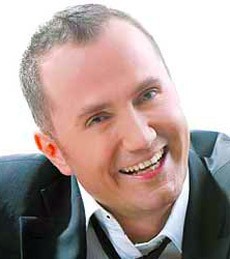 Peter Semaan is a Lebanese actor.

Peter Semaan has appeared in many TV series in Lebanon and the Middle East.

In addition to being a good actor, Peter Semaan is also a Uniform Designer and an Image Consultant.

Help us improve this page:   Correct or update the Peter Semaan page