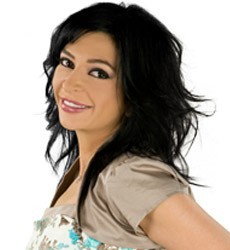 Patricia Dagher is a Lebanese comedian and TV host.

In Theatre, Patricia Dagher worked closely with Mario Bassil in most of his comedy shows such as Comedy Night part 1 and 2.

On Television, she started her career by taking role in the comedy show Moneaa Fi Lubnan (Banned in Lebanon) and later she starred in the TV show Erbet Tenhal (Soon it will get resolved).

In 2009, Patricia Dagher got married to Lebanese director Elie Feghali.

Help us improve this page:   Correct or update the Patricia Dagher page