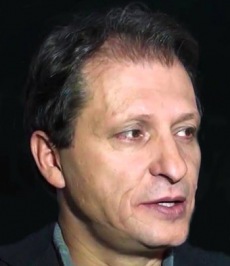 He is emotional lyrics has made their way to the hearts of many Lebanese and arab listeners. He has worked with big artists such as composer Melhem Barkat.

Nizar Francis has written lyrics to many famous Lebanese singers such as: Wael Kfoury, Assi Hallani and Nancy Ajram to name a few.

Nizar Francis appeared on a popular talk show in celebration for the Lebanese army wearing a US Army t-shirt, that cause a lot of stir in the media.

Help us improve this page:   Correct or update the Nizar Francis page