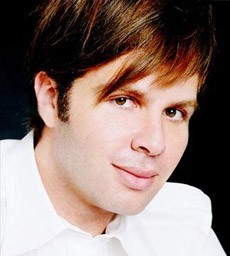 Nicolas Jebran has designed many great outfits for famous Celebrities from around the world. The list of Arab celebrities who wore clothes designed by Nicolas is very long and include: Majida El Roumi, Carol Samaha, Asala Nasri, Mona Zakki and many many more.

Back in the ninties, Jebran took part in the Lebanese talent show Studio El Fan and won the second place as as a model. But his love for fashion and design made him focus more of the Haute couture industry and made a good name for himself within a couple of years.

Nicolas also plans on releasing his 2012 new collection and on dressing up Lady Gaga with some of his creative works.

Help us improve this page:   Correct or update the Nicolas Jebran page