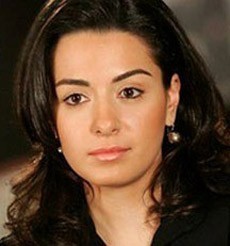 Nayla Tueni is a famous journalist and a member of the Lebanese Parliament.

Nayla Tueni is the daughter of the assassinated Gibran Tueni who got killed in an explosion in summer 2005.

Nayla Tueni was born on the 31st of August 1982. She holds a degree in Journalism from the Lebanese University.

In Summer of 2009, Nayla Tueni got married to Malek Maktabi, a famous television show host on LBC.

Help us improve this page:   Correct or update the Nayla Tueni page