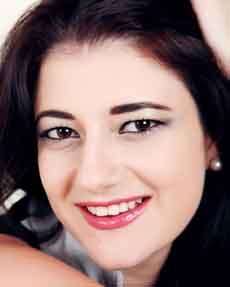 Nawal Makhoul Farah is a Lebanese TV presenter, author, public figure, and a TV/Radio presenting and public speaking consultant.
Nawal Makhoul was born in Tripoli – Lebanon. She then moved to Beirut to study Journalism and Public Relations where she got her master degree in Mass Media, and Public relations From the Lebanese University.

Nawal worked for a few years as administration officer before she started her career as the presenter of the morning show “Good Morning Lebanon” airing live from the Lebanese National Television –TELE LIBAN- and broadcasted worldwide.

Throughout her show, Nawal has conducted more than 1200 successful live on-air TV interviews covering subjects of a cultural, economic, political, medical, social, and educational nature. She was known for her seriousness and intense approaches, and for always finding an important mission behind every broadcasted message. She made it her mission to make art and cultural knowledge accessible and simplified for all viewers, and she believed and worked for the right of knowledge and education for all, among other humanitarian issues that she undertook, including youth against drugs, orphans and elderly missionary and non-governmental organizations back up and continuous help.

Nawal Makhoul wrote “Own The Spotlights”- Guide to a successful TV/Radio presenting and Public Speaking Career, published in 2012.

On other level, she did herself a lot of volunteer work with Non-Governmental Organizations -NGOs, as she organized HIV awareness conferences in schools, as well as gender awareness workshops in different rural areas in Lebanon, and helped women find resources to survive throughout the very basic handy skills they knew.

In 2012, Nawal Launched “Too little’s Too Much” Project, to help elderly, orphans, and women, in Africa and the middle east. The project work in coordination with NGO, assist them and give them support and credibility.

Help us improve this page:   Correct or update the Nawal Makhoul page