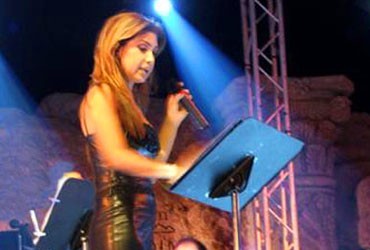 Nawal El Zoghby back in Syria


The Long awaited concert for Nawal El Zoghby in Syria finally took place in Wady El Nasara. The last time Nawal Zoghbi held a concert in Syria was in the year 2002.

More than 17,000 Syrians and Arabs gathered to watch nawal sing and move on Stage.

They cheered and danced and sang along Nawal as she sang for her audience and fans for two hours. Nawal sang some old songs for her as well as new songs from her Yama Alo Album.

People who attended the concert told us that it was well organized and overall they were happy with the concert and with Nawal songs.

Help us improve this page:   Correct or update the Nawal El Zoghby back in Syria page