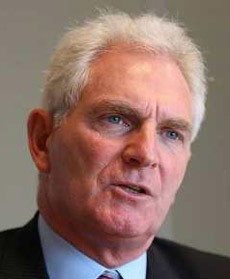 Nasser Saidi also known as Nasser Al Saidi is a Lebanese politician and a former Minister of economy and industry in Lebanon (1998 - 2000).

Nasser Saidi is the founder of the Lebanon Corporate Governance Task Force.

Nasser Saidi also served as the Vice governor for the Lebanese central banks for many years.

Al Saidi holds the position as the chief economist at the Dubai International Financial Centre.

He is also the executive director of the Hawkamah Institute for Corporate Governance.

Nasser Saidi is the co-chair of the MENA Corporate Governance Working Group.

Between the years 2000 and 2006, Nasser Saidi was a Member of UNCDP (the UN Committee for Development Policy), He got appointed to this role by Kofi Annan, the former UN Secretary General.

Help us improve this page:   Correct or update the Nasser Saidi page