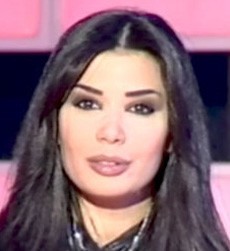 Nancy yassine is a Lebanese Television Presenter. She is mostly popular for appearing on Rotana TV in the famous program Shebayk Lebbayk.

During the summer of 2007 she appeared in a tv show on the MBC called Al Khazna.

The Latest of Nancy Yassine is a New Television show which will air on Al Rai Television.

Help us improve this page:   Correct or update the Nancy Yassine page