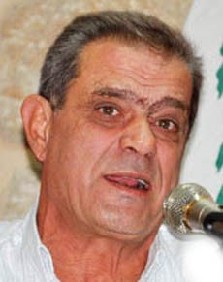 Najah Wakim is a Lebanese lawyer, politician and the president of The People's Movement.

Najah Wakim was born in the year 1946, He was one of the founders of the Lebanese leftist group known as the People Movement.

Najah Wakim is a Christian Orthodox Lebanese, He believes in the Jamal Abdel Nasser thoughts and ideology.

In the year 2009, Najah Wakim ran for elections but he lost opposite the sectarian allies in the area of Beirut.

Help us improve this page:   Correct or update the Najah Wakim page