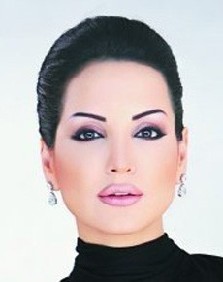 Nadine Fallah is the sister of singer Joana Mallah. Nadine hosts a number of widely viewed TV shows across the Middle East especially those related to the Music Pop Scene.

Nadine Fallah appears mostly on Rotana Television and has previously worked at MBC.

Help us improve this page:   Correct or update the Nadine Fallah page