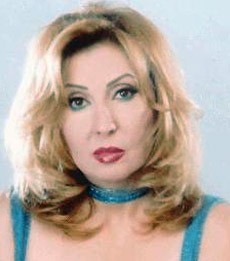 Nadia Al Jundi first came to fame after she appeared in the movie Al Batiniya.

Since then she took leading roles in controvertial movies.

Nadia El Jundi also took many television series roles where she was the lead actor.

Help us improve this page:   Correct or update the Nadia Al Jundi page