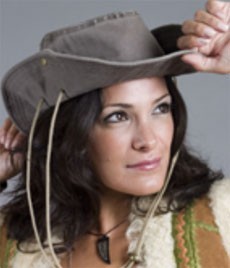 In the year 2005, Nada Bou Farhat took role of Vola in the Lebanese movie Bosta directed by Nadine Labaki.

In the year 2007, Nada Abou Farhat took the role of Zeina in the Lebanese movie Under the Bombs aka Sous les bombes.

Help us improve this page:   Correct or update the Nada Abou Farhat page