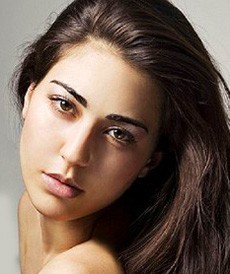 She became famous through the tv reality show which lasted over eight weeks, and she was finally crowned 1st runner up on the 8th of June 2006. Myriam was 20 years old with a height of 177cm, at the time of the vote she received 40 percent of the public votes.

During the contest, Rym El Saidi from Tunisia was selected as the winner, at the time she got 49percent of people votes.

While Myriam might look like an ordinary woman, on the catwalk she is simply amazing, like a true runway model. Benzerga ranked 18th in Top 100 Sexiest Arab Women 2010.

She was recently a Jury member for the Mister Lebanon 2011 Pageant.

Help us improve this page:   Correct or update the Myriam Benzerga page