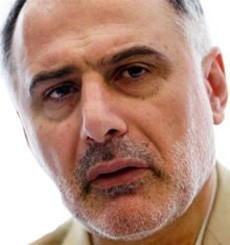 Muhammad Fneish also known as Mohammed Fniesh is a Lebanese politician and member of Hezbollah.

In the year 2008 Muhammad Fneish became the Minister of Labour in the Lebanese Government.

Help us improve this page:   Correct or update the Muhammad Fneish page