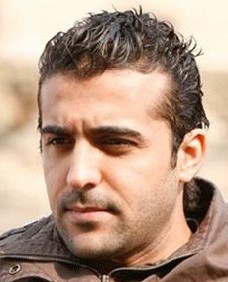 Mourad Zaoui is a famous actor from Morocco.

Mourad Zaoui was born and raised in Casablanca. After earning his bachelor's degree in business communication in 1999 from Elbilia school, he decided to travel to New York for a brief moment where he decided to master the language of Shakespeare.

Following a conversation he had with a teacher of theater in NYC, he decided to pursue his dream of becoming an actor.

Since then he participated in over twenty international and national projects including Les larmes d'argent, Kandisha, Hrash, El Guerrab, La ligne rouge, Chroniques Blanches and many more.

Apart from acting, Mourad Zaoui has an endless passion for surfing, motor sports and martial arts.

Help us improve this page:   Correct or update the Mourad Zaoui page