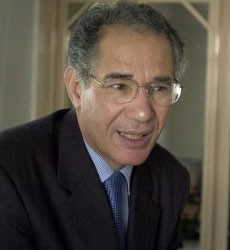 Mokhtar Trifi is a Tunisian journalist, lawyer, activist, and part of the Tunisian opposition.

Mokhtar Trifi is the president of the Tunisian League for the Defense of Human Rights or Ligue Tunisienne des Droits de l’Homme. The LTDH is the oldest organization of human rights in the Maghreb.

Mokhtar Trifi was first a journalist, before dedicating himself to a career as a lawyer. Since the early 80s, he has defended almost everyone who could be cinsidered in Tunisia as part of the opposition, from the extreme left to the Islamists.

As a young student, he was, like many, a leftist. He is now primarily focused on the defense of human rights.

Member of the league since 1980, Mokhtar Trifi is also very closely linked to Amnesty International as well as to the UGTT, a powerful union in Tunisia.

Help us improve this page:   Correct or update the Mokhtar Trifi page