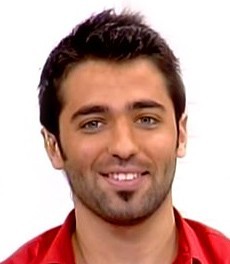 Mohammed Kais (aka Mohamad Kais) first presented a Live Television show called Rotana Cafe which aired daily on Rotana Music TV Channel. The show was co-hosted with his colleagues Nadine Abi Shakra, Rita Hayek, Pierre Rabat, Emma Shafu, Kamal El Hajj and Nicolas Maouad.
The program was catered towards the young Arab generation, whereby the presenters would share their life experience with the audience as well as news and gossip they would gather from the press etc...

The show was shot at Studio Vision, what was left of Murr Television - MTV Lebanon at the time. The station was temporarily shut down for political reasons, and when it relaunched in 2008, Mohamad Kais moved to a new show called @MTV. The new program, with a similar concept, is also presented by Philip Yacoub, Elie B, Aimée Sayah, Sarah Hindi, Elie Abou Saleh, Jad Chehayeb,and Cynthia Khalifeh.

Help us improve this page:   Correct or update the Mohammed Kais page