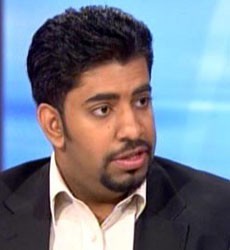 Mohammed Al-Maskati is an internet activist and blogger from Bahrain.

Mohamed Maskati (or Mohammed Al Muskati) is the Chairman of the Bahrain Youth Society for Human Rights, representing the Arab-European Center for Human Rights in Norway.

Mohammed is said to have supported everyone whenever they needed him; he had rallied for blogger Kareem Amer, fought for human rights across the Arab world, sacrificed much of his school and free time in order to organize or attend regional conferences, risked his life confronting local crimes against individual freedoms, made local media outlets aware of human trafficking issues which comes with very big risks.

Mohammed Al Maskati is one of the best activists in the region, and a petition was initiated in his support on behalf of the Arab Program for Human Rights Activists (APHRA.)

Help us improve this page:   Correct or update the Mohammed Al-Maskati page