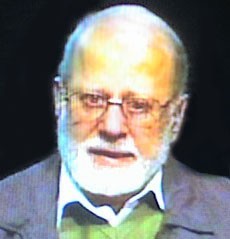 Mohamed Habib is a prominent spokesperson of the Muslim Brotherhood in Egypt.

Dr. Mohamed Habib, also written Mohammad Habib, is a leading deputy of the group. He is often invited on Al Jazeera or Al Manar TV.

Mohamed Habib was naturally supportive of all the protests in January 2011 that led to the downfall of Hosni Mubarak's dictatorship, a regime that was known for its tough crackdowns on the brothers, as well as for its censorship and lack of freedoms.

Dr. Mohamed Habib believes that Islam is a complete system that consists of politics, literature, economics, etc. He states that the Muslim Brothers don’t care about coming into power. They care about the people, and are concerned about their behavior and morals. Through the laws and constitution, the Muslim Brotherhood is able to make changes to the political and economic system. According to Mohamed Habib, the propaganda of the previous regime attempted to obscure their image and make people fearful of them, especially the west. In addition to that, the Zionist-American project with its double standards, has a special agenda that contradicts with their interests, and therefore finds in the Muslim Brotherhood an obstacle in the way of executing that agenda. This is why they unfortunately also promote a very wrong and negative image of the Muslim Brotherhood in Egypt or elsewhere in the world. Dr. Mohamed Habib declares the Brothers actually care much more than other groups about public freedoms, and ask for the ending of the emergency laws and military courts. They seek the independence of the judiciary, as well as just democratic elections, and hope to create a public opinion capable of regaining it’s rights.

Help us improve this page:   Correct or update the Mohamed Habib page