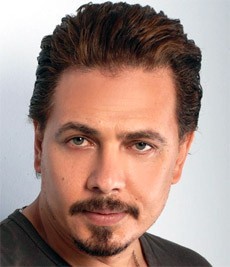 Mohamad Riad played a role in the 2004 Television series Meshwar Imraa. The series was a very successful one and stared Egyptian diva Nadia Al Jundi.

In the Summer of 2008, Mohamad Riad took a main role in the Egyptian movie "Haflet Mout" along Haidi Karam, Iyad Nassar and Lebanese singer Iwan. The film was directed by Ahmad Yosri.


In Theatre, Mohamad Riad had a good role in the Play "Ahsam Iblees" opposite actress Leila Taher and others, the play was written by Dr. Sameh Mahran and directed by Jalal Othman.

In November of 2010, Mohamad Riad promoted a blood donation Seminar in Egypt.

Help us improve this page:   Correct or update the Mohamad Riad page