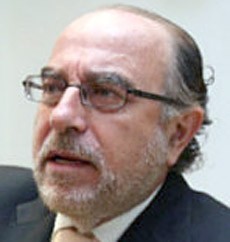 Mohamad Chatah is a famous Lebanese diplomat and economist.

Between August 2005 and July 2008, Mohamad Chatah was the senior adviser of Prime Minister Fouad Siniora.

After studying in Tripoli and earning a degree in economics from the American University of Beirut. He moved with his wife Nadera Mikati to Austin, Texas during the Lebanese civil war.

Mohamad continued his education and got a PhD in economics from the University of Texas in the year 1981.

In the month of June 1981, Mohamad Chatah and and his wife got their first child, a son they named Ronnie Chatah.

Help us improve this page:   Correct or update the Mohamad Chatah page