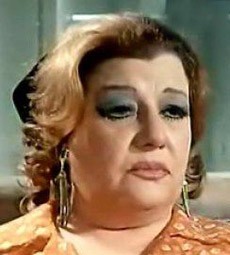 Mimi Chakib an Egyptian actress took role in fifteen movies between the 40s and 50s.

In the year 1949, Mimi Chakib starred in the movie Nahwa Al Majd.

In the year 1959, Mimi made her last movie in Doaa Al karawan, She starred opposite Ahmed Mazhar and Faten Hamama.

In the year 1982, Chakib was featured in a movie called An Egyptian Story.

Mimi Chakib made most of her movies in the 1940s.

Help us improve this page:   Correct or update the Mimi Chakib page