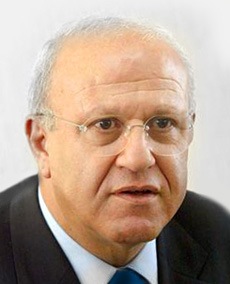 His full name is Michel Fouad Samaha, born in the year 1948 in Lebanon. Also holds a Canadian citizenship.

He is married to Gladys Arida and have three daughters.

In 1973, Michel Samaha earned a bachelor's degree in business administration from the University of Saint Joseph.

Between the seventies and eighties, Michel Samaha was a member of the Kataeb Party, he directed the student section and played an intermediary role between the party and Syria during the Lebanese civil war.

In the year 1992, following the end of the civil war in Lebanon, Samaha was appointed the post of Information minister in the government of Rashid Solh. The same year, Samaha headed the Lebanese Ministry of Tourism following Ahmad Sami Minkara.

Between 1992 and 1995, In the government of Rafik El Hariri, Michel Samaha retained his post as the Information minister, when he opposed the extension of the mandate of President Elias Hrawi.

He then approached the Opposition, including Albert Moukheiber and Nassib Lahoud, with whom he appeared in the 1996 elections in Metn, but failed against the candidate endorsed by Michel Murr.

However, he distanced himself from the Opposition from 2002 to reconnect with the current pro-Syrian. He was then rewarded for his realignment, through his appointment as information minister in 2003, within the last government of Rafiq Hariri.

On the morning of August 9, 2012, Michel Samaha was arrested by the Lebanese security forces at his home in Al-Khinshara, (30 miles north of capital city Beirut). Wissam al-Hassan, head of the intelligence branch of the Lebanese Internal Security Forces (ISF), was heavily involved in the investigation which lead to the arrest of Samaha. Three months later Wissam was assassinated in a bomb blast which hit Ashrafieh and resulted in eight deaths and more than eighty casualties.

Samaha's arrest was executed at the request of the Attorney General pursuant to the links with a case of explosives that were to be placed in various locations including the North.

Help us improve this page:   Correct or update the Michel Samaha page