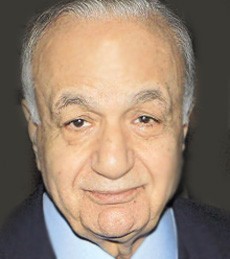 Michel Murr is a Lebanese politician and a former Lebanese Minister and Member of Lebanese Parliament.

Michel Murr was born in Bteghrine, Lebanon in the year 1932.

In 1992, Michel Murr was the Minister of the Interior and the Deputy Prime Minister in Most of the Goverments of Rafik Hariri.

Michel Stayed in this post for many years, until the seat was occupied by his son Elias Murr.

Help us improve this page:   Correct or update the Michel Murr page