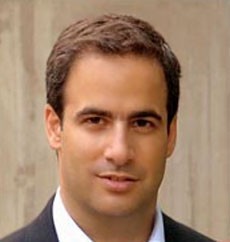 Michel Mouawad is the son of former assassinated president Rene Mouawad and of Nayla Moawad. His full name is Michel René Moawad, he was born in the year 1972.

Michel Mouawad is a politician and lawyer, he is also a member of the March 14 alliance general secretariat.

Michel Mouawad ran for the lebanese parliamentary elections of June 2009.

Michel Moawad father and president, Rene Moawad, who was assassinated in the year 1989.

Michel Moawad was seventeen years old when his father was killed. At first he did not want to come back from France where he was studying. Encouraged by his mother, Nayla Moawad who has served as a minister and is currently in parliament, he decided to come back to lebanon and join the political life.

Help us improve this page:   Correct or update the Michel Moawad page