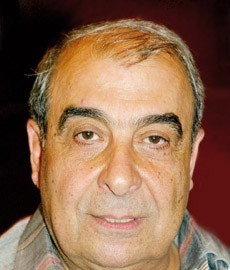 Michel Kilo is a Christian Syrian writer, pro-democracy campaigner. He is considered a veteran on the opposition scene in Syria.

Michel Kilo was born in 1940 in the city of Latakia, Syria. He studied journalism in Germany and Egypt.

He started his career as a journalist by writing articles for An-nahar, the Lebanese Newspaper and Al-Quds Al-Arabi, a famous Newspaper based in London.

In the early eighties, Michel was arrested and deported to France for few years. In 1991 He came back to Syria to continue his role as an human-rights activist.

In 2005, Michel Kilo drafted the Damascus Declaration. A letter of unity from major Syrian opposition figures calling for major reform in the country.

In 2006, he got jailed for three years, following the signing of the Beirut-Damascus Declaration, a statement which urged Syria to consider the independence of its neighboring country, Lebanon.

Michel Kilo was placed in prison on charges of "Weakening The National Sentiment and Encouraging A Sectarian Strife in the country".

In 2009, Michel Kilo was released, so he decided to take role in the Syria Protests and be part of the 2011 Arab Revolution which reshuffled the political scene in the Middle East.

Due to his continuous efforts, Michel Kilo has been named as one of the leading opposition thinkers in Syria.

Help us improve this page:   Correct or update the Michel Kilo page