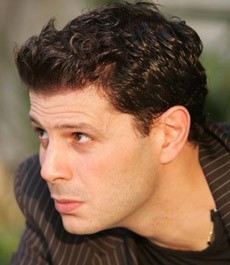 He studied At the instute of Fine arts at the Lebanese University, He also holds a Master Degree in Cinema Assas University in France.
Some of the movies and television series which Michel Ghanem had role in include:

Noisy Train: a Canadian production played by Ghanem as the lead role opposite few international actors.

Help us improve this page:   Correct or update the Michel Ghanem page