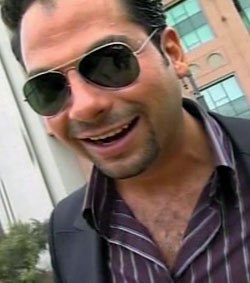 Michel Azi also known as Micho was born in Lebanon. He joined Future Television while it was still in its beginning in Saida.

Michel soon grew with Future TV from a local television to an Arab and world television. He was among the few who started Future TV, people like Razan Moghrabi and Youmna Sherri.

Michel has been well known as Micho in his famous MichoShow program which played for many years in Lebanon and the Arab World.

Michel gathered fans from all across the Arab countries who found in him the Star Presenter.

Michel Show is an Entertainment and Games TV-Show. A kind of games show tailored to average audience who find in these kinds of games fun and entertainment.

There is also another Lebanese singer by the name of Michel Azzi who graduated from the Star Academy Show.

Help us improve this page:   Correct or update the Micho Michel Azzi page