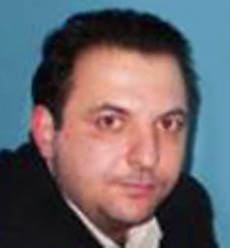 Mazen Darwish is a famous Syrian activist and the Director of the Syrian Centre for Media and Freedom of Expression.

On the 16th of March 2011, Darwish got arrested during a peaceful rally in front of the Syrian Ministry of the Interior. .

He founded and operated the Syrian Center for Media and Freedom of Expression for many years until it was closed by the Syrian authorities in the year 2009.

Help us improve this page:   Correct or update the Mazen Darwish page