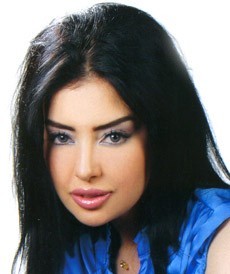 Maysa Maghribi hosted and presented many entertainment shows and interviewed many singers and actors from the middle east.

Maysa Maghribi has been considered as one of the hottest television faces and has been interviewed herself on many magazines.

Maysa Maghribi won the Super Star Young Artists title in the Gulf in 2007 and very quickly became famous in the Gulf and Arabic-language drama.

She also appeared before legendary movie stars, laying emphasis in each work on her skills as an actress of completely different style.A prolific artist, Maysa Maghribi appeared in multi-genre film, stage and Television dramas.

She also expanded her activities to include film productions, thus presenting perfect performances, which reflect her high artistic sense and acting skills.

In the year 2007, Maysa Maghribi had an outstanding performance in the TV drama Fences.

In 2008, she achieved similar success in Nofs Mistake, another TV drama. She also took role in other Tv series such as Blood Cup and Blood Wedding.

Maysa Maghribi produced and starred in Fashion Melody, the first UAE feature movie, which was a box-office hit and got the best DVD distribution in the middle east.

In addition to television, Maysa took role in several stage plays, such as Do Re Mi Beans with comedian Samir Ghanem.

Help us improve this page:   Correct or update the Maysa Maghribi page