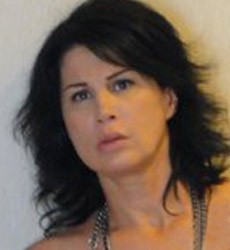 May Sayegh is a Lebanese actress, mostly appearing in TV series.

May Sayegh comes from Brummana. She was introduced to acting by writer Antoine Ghandour, appearing in two theatrical plays Bint As-Sultan and Youssef Bey Karam.

She became famous after appearing in the Lebanese TV series such as As-sakii, and the famous Al-Assifa Tahoub Marratain, with its sequel, Nisa’ Fi Al-assifa.

Help us improve this page:   Correct or update the May Sayegh page