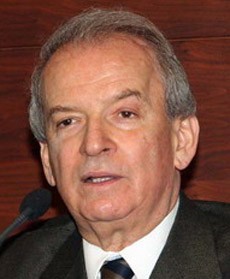 Marwan Hamadeh is the former Lebanese Minister of Telecommunications.

Marwan Hamadeh was born on the 11th of September 1939.

Marwan Hamadeh was one of Syria's allies in Lebanon, however after Resolution 1559 was passed, he became a critic to the Syrian occupation of Lebanon.

On the 1st of October 2004, Marwan was injured during a car bomb explosion targeted at it, which resulted in the death of his driver and injured his bodyguard.

Marwan Hamadeh had resigned from the ministry weeks before the explosion, He was protesting to the Syrian-backed 3 year extension of President Émile Lahoud.

His sister is Nadia Tueni, a known French poet and the wife of assassinated politician and journalist, Ghassan Tueni.

Help us improve this page:   Correct or update the Marwan Hamadeh page