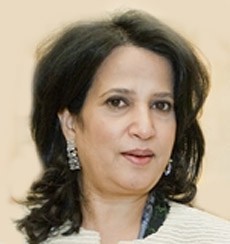 Mai bint Mohammed Al Khalifa is the Minister of Culture and Information in Bahrain. She is also a scholar and a historian. She belongs to the famous Al Khalifa family. She holds a Masters Degree in Political History from the Sheffield University in UK.

In 2002, Mai founded the Shaikh Ibrahim bin Mohammed Al-Khalifa Center for Culture and Research. She is the publisher of 7 books about Bahrain.

Mai bint Mohammed Al Khalifa has received many awards including:

Distinguished Arab Woman Prize in the field of Administrative Leadership. This special award was given to Mai from the Center of Woman Studies in Paris.