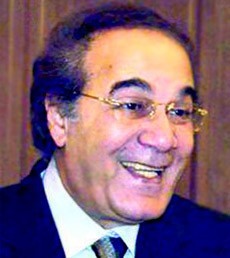 Mahmoud Yassine has been in the industry for many decades, he has taken a vast character roles from a garbage collector to a scholar

Mahmoud Yassine is not just an actor, He is also a humanitariam who dedicated his life to fighting poverty.

Mahmoud Yassine has worked as a WFP Ambassador to help raise awareness in Arab communities of the world's 840 million chronically hungry people.

Mahmoud Yassine was appointed as the chairman of the Actors, Journalists and Authors of Giza Charity Association, a humanitarian organization which helps poor people living in Giza.

Mahmoud Yassine took role on Stage, and on the Big screen.

Mahmoud Yassine made his debut movie in the year 1968 in the movie called (Kadiya 68) which means Case 68.

Since then he has been appearing in numeros movies, His latest movie was in the year 2007 and was entitled Al-Jazeera which means The Island.

Help us improve this page:   Correct or update the Mahmoud Yassine page