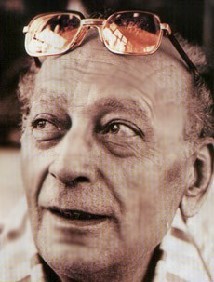 Mahmoud was not only an actor, but also a screenwriter for film and theatre.

Mahmoud El Meliguy started his acting career by taking small roles, until the late 30s when he became a real star.

Mahmoud took role in hundreds of movies and was known for his evil and villain roles in the cinema.

Help us improve this page:   Correct or update the Mahmoud El Meliguy page