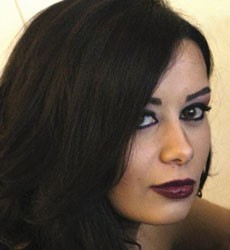 Lorraine Kodeih is a Lebanese actress.

Lorraine Kodeih starred as Juliette in the leading role of My Last Valentine in Beirut 2011.

Lorraine Kodeih also appeared next to Ghadi in one of his music video, directed by her sister Rindala Kodeih.

Help us improve this page:   Correct or update the Lorraine Kodeih page